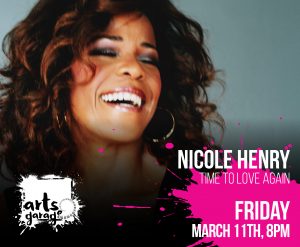 Powerhouse jazz vocalist NICOLE HENRY returns to celebrate the release of her newest CD “Time to Love Again,” an eclectic mix of jazz standards and reimagined pop tunes that showcase Henry’s soulful interpretations. “Time to Love Again” is Henry’s 8th CD and first full-length studio recording in 10 years (not counting a live CD, an EP, and two singles). Also, it’s the first album with her long-time quartet of South Florida collaborators who’ve continued shaping her “sound” since 2010.  Whether burning through a swing tune or gently crooning a ballad, Henry truly makes each song uniquely her own and is often favorably compared to Whitney Houston and Natalie Cole for her dynamic range, impeccable phrasing, and bluesy gospel style.

Nicole Henry: Since her debut in 2004, Nicole Henry has established herself as one of the jazz world’s most acclaimed performers, possessing a potent combination of dynamic vocal abilities, impeccable phrasing, and sincere, powerful emotional resonance.

She has recorded with some of today’s musical greats including Kirk Whalum, Julian Lage, Gerald Clayton, and Gil Goldstein, and has performed with the Duke Ellington Orchestra, the Henry Mancini Institute Orchestra, and Michael Feinstein.  In late 2019, Ms. Henry returned to the theatrical stage and garnered critical praise in the musical “The Bodyguard,” and in late 2021, she will perform in the new musical “A Wonderful World,” the story of Louis Armstrong.

A longtime resident of Miami, Henry has been actively committed to supporting community non-profits such as Miami Children’s Initiative, YoungArts, and Miami Music Project. She was recognized by the City of Miami Beach and Miami-Dade County, proclaiming “Nicole Henry Days” in 2011, 2016, and 2017. She also served two terms on the Board of Governors of the Florida Chapter of the Recording Academy.

Pete Wallace is an accomplished keyboardist, producer, and composer who resides in South Florida.  After graduating with a degree in Studio Music and Jazz at the University of Miami, he has gone on to work with some of the top artists in the music business including P!nk, Herbie Hancock, Alejandro Sanz, Cher, Phil Collins, Richard Marx, Laura Pausini, Jon Secada, Julio Iglesias, La Ley, Jessica Simpson, Carlos Vives, Ricardo Arjona and the Backstreet Boys to name a few.  As a songwriter, Pete has cuts with artists such as P!nk, Sabrina Starke (Blue Note), Teddy Geiger, and Ryan Cabrera.  He is currently the musical director for Jon Secada and tours with Latin superstar Diego Torres.  Pete is also busy in the local Miami scene playing a variety of gigs from jazz to Latin pop.  In addition, he is a governor on the Florida Chapter Grammy board and an adjunct jazz piano instructor at Broward College.

David Chiverton is a Miami native and drummer extraordinaire.  He attended Florida International University (F.I.U.) on a full academic scholarship with a position as a key player in the university’s BigBand. While there, David linked up with the super-producer of Miami Florida, “Bigg D,” where he was the featured drummer every Wednesday night at Miami L.I.V.E at Santos Miami, sharing the stage with artists ranging from John Legend to Lil Wayne.  He is currently touring and recording with various talents and has been highlighted as one of South Florida’s most sought-after musicians.

Aaron Lebos is a well-known, versatile guitarist born and raised in the South Florida area. He received his Bachelor’s degree from the University of Miami and a Master’s at Florida International University, both in Jazz Performance.  Aaron developed much of his versatility playing gigs, touring, and recording in the diverse South Florida music scene. He currently plays with some of the biggest names in South Florida including Nu Deco Ensemble and The Spam All-Stars while also performing with his band The Aaron Lebos Reality.

Eric England is a true instrumentalist with a diverse background in percussions, piano, electric bass & guitar. He can be found regularly playing the Miami music scene and touring worldwide performing in places like Brazil, Japan, and Sierra Leone.  Eric continues to be one of the top call bassists in Miami and has worked with talents including Troy Roberts, Jon Secada, Lil Wayne, Gaby Moreno & Rhianna. His knack for fitting into a multitude of musical situations keeps him busy on both acoustic and electric basses. Eric is currently playing with The Aaron Lebos Reality band, and they are preparing to release their third album. 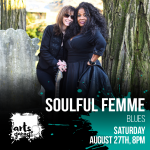 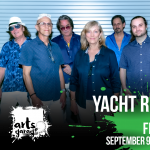 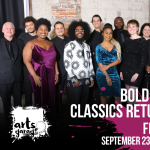 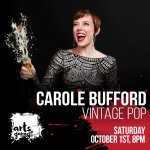 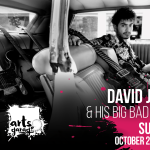