A Creative and Cultural Industries Symposium 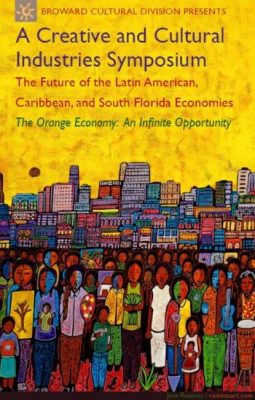 The Future of the Latin American, Caribbean and South Florida Economies The Orange Economy: An Infinite Opportunity

The vitality of Latin America’s cultural sector is evident in the growth of film, audiovisual, and digital media production, artistic expression and performance, increasing concern with national cultural patrimonies, and sustained attention to both tangible and intangible cultural heritage, as potential economic resources and drivers of development. All are significant expressions

The Future of the Latin American, Caribbean and South Florida Economies The Orange Economy: An Infinite Opportunity

The vitality of Latin America’s cultural sector is evident in the growth of film, audiovisual, and digital media production, artistic expression and performance, increasing concern with national cultural patrimonies, and sustained attention to both tangible and intangible cultural heritage, as potential economic resources and drivers of development. All are significant expressions of the potential benefits to be derived from the wealth of regional cultural resources.

In a bid to encourage debate in Latin America and the Caribbean on the contribution of creativity as a key element of economic and social development, in 2013 the Inter-American Development Bank (IDB) published The Orange Economy: An Infinite Opportunity (in Spanish and English) a report on the creative and cultural economy of this region written by IDB officials Felipe Buitrago and Iván Duque.

On May 9, 2014 a panel comprised of members from American University’s Center for Latin American & Latino Studies (CLALS), together with its counterparts at the IDB’s Culture, Creativity, and Solidarity Affairs Division (and Broward County business leaders) will meet to discuss the importance of how this report’s new data impacts this international region’s economy as a whole, and on the contribution of creativity as a key element of economic and social development, to ask:

How can this information about these international regions cultural sector’s contributions be circulated more effectively? What is the relationship of the creative sector to the economic development of cities?
How this information can be used to create an environment that recognizes the economic value of creativity and that of cultural intangibles?
The potential of creative production to build a new image of these countries and attract external investments, tourism, and talents and identify their competitive advantages, their uniqueness, cultural processes and dynamics, the value-networks created, and the potential added-value of the intangibility of their products and services.
What is the potential impact of Latin American/Caribbean creative and cultural industries to its overall economy and the relationship to the economy of South Florida?

Describing these relationships more precisely promises to better clarify and to enhance the role of Latin America’s cultural sector in meeting sustainable development goals across the region.

Robert Albro trained as a sociocultural anthropologist (PhD, University of Chicago) and is a Research Associate Professor in residence at American University's Center for Latin American and Latino Studies. In addition to long-term ethnographic research in Bolivia on urban indigenous politics, Dr. Albro researches and writes about applications of sociocultural knowledge in contexts of cultural policy, with a focus on technological problem-solving among security agencies, humanitarian response, public diplomacy, and human rights professionals. He has held multiple leadership positions in the American Anthropological Association, served on National Research Council committees, and currently chairs a science ethics and human rights working group for the American Association for the Advancement of Science, and is currently vice-president of the Public Diplomacy Council. Dr. Albro has been a Fulbright scholar, and has held fellowships at the Carnegie Council for Ethics in International Affairs, the Kluge Center of the Library of Congress, and the Smithsonian Institution. Over the years, his research and writing have been supported by the National Science Foundation, Rockefeller, Mellon, and Tinker Foundations, and the American Council of Learned Societies. For more details about Dr. Albro's research agenda, books, peer-reviewed publications, and ongoing cultural diplomacy blog, please visit robertalbro.com.

Felipe Buitrago Restrepo is a consultant at the IDB’s Culture, Solidarity and Creativity Affairs Division. For over eleven years, he has worked on the development of the Orange Economy from various angles: as advisor in the Ministry of Culture of Colombia, program manager in the British Council, director of the Ibero-American Observatory of Copyright (ODAI), independent consultant and university professor. Co-Author of the Orange Economy: An Infinite Opportunity, with Iván Duque Marquez.

Eric Hershberg is Director of the Center for Latin American and Latino Studies and Professor of Government at American University. He received his PhD in Political Science from the University of Wisconsin-Madison. Dr. Hershberg has taught at New York University, Southern Illinois University, Columbia, Princeton and the New School. He served for fifteen years as a Program Director at the Social Science Research Council in New York City. From 2007-2009 he was Professor of Political Science and Director of Latin American Studies at Simon Fraser University, in Vancouver, Canada. Dr. Hershberg is the past president of the Latin American Studies Association and past chair of the Board of Directors of the North American Congress on Latin America. He has served as a consultant to numerous development and educational agencies, including the Ford Foundation, the World Bank, and the Swedish International Development Agency. He researches and writes about the comparative politics of Latin America, and on the politics of development. His two most recent books analyze Latin America’s “Left Turns” and participatory institutions in Latin American political systems.

Andrew Taylor is a faculty member of American University’s Arts Management Program in Washington, DC. An author, lecturer, researcher, and consultant on a broad range of arts management issues, Andrew specializes in business model development for cultural initiatives and reflective practice for cultural managers. Prior to joining American University in 2012, he directed the MBA in Arts Administration in the Wisconsin School of Business for over a decade.

Ximena Varela is a researcher, educator, and consultant with more than 20 years of experience in international cultural policy, management practice, marketing strategy, arts management research, and sustainable development. She has worked with and advised international organizations, national and regional governments, city agencies, as well as private and nonprofit organizations in arts funding and arts policy in Latin America and the United States. Her work linking economic and social policies to management issues in the arts has been published in journals, book chapters, and presented in international conferences in Latin America, North America, Europe, and China. She has been a visiting professor in universities in Costa Rica, Brazil, Portugal, Uruguay, Finland, and China. Her academic work has been supported by Fulbright, Organization of American States and Temple University fellowships. She chairs the Research Council of the Association of Arts Administration Educators, and is a board member of the Latin American Institute of Museums and the Bach Sinfonia. Professor Varela holds a Master’s in Arts Administration from Drexel University, and is ABD in Comparative Politics at Temple University.

George Yúdice received his PhD in Romance Languages from Princeton University. Dr. Yúdice is Professor of Latin American Studies and Interim Chair of the Department of Modern Languages and Literatures at the University of Miami. His teaching includes critical theory, literary and cultural studies; his courses range from contemporary aesthetics and politics to urban imaginaries, to film recreations of literary works, Mapping Miami, and cultural policy in Latin America. He is Director of the Miami Observatory on Communication and Creative Industries (www.miamiobservatory.org), which tracks work in music, theater, audiovisual, culture-based urban revitalization, cultural networks throughout the Americas, and community-based projects in South Florida. He has published more than 120 essays on the economic and social use of culture. Dr. Yúdice is a member of Costa Rica’s Ley General de Derechos Culturales and Política Nacional de Derechos Culturales, and Colombia’s Caracterización Cultural de Colombia, which measures the economic and social contributions of Colombia’s arts and cultural/creative industry sectors. Dr. Yudice also works as a member of Latin American cultural networks that are lobbying to get greater citizen input into cultural policies. 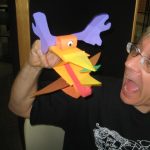 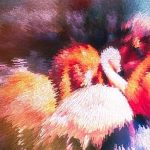 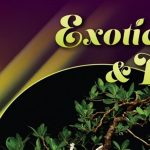 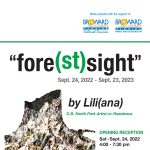