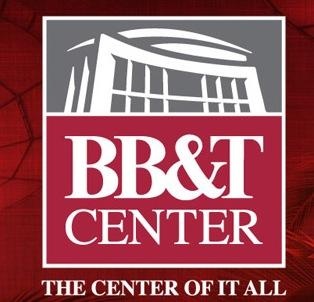 The BB&T Center is the preeminent sports and entertainment venue in Florida, and among the best in the world, with more than two million customers entering its doors each year. Host to more than 200 events annually including Florida Panthers hockey, the BB&T Center annually ranks among the top 10 venues in the United States.

The search for a new arena began in 1993, when H.Wayne Huizenga obtained the new franchise for the Florida Panthers Hockey Team. The search process became a fast-track development strategy when the site in Sunrise, Florida was selected in June, 1996.

The end result reflects the youthful, confident and dynamic character of the Florida Panthers Hockey Team, as well as, an effective civic image for a full range of entertainment offerings.