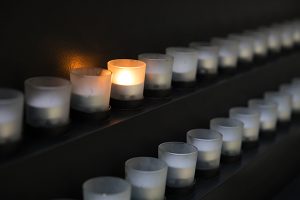 Presented by Holocaust Documentation and Education Center at Online/Virtual Space

The Holocaust Documentation & Education Center, Inc. is pleased to share the following upcoming  program from the United States Holocaust Memorial Museum commemorating International Holocaust Remembrance Day.
Eighty years since the Holocaust began, violent antisemitism remains a threat—as we witnessed at a Texas synagogue this month. The lessons of this history have never been more relevant and will be the focus of this solemn event marking International Holocaust Remembrance Day—designated by the United Nations to be January 27, the anniversary of the liberation of Auschwitz-Birkenau. We hope you will join us as survivors reflect on and honor the lives of Europe’s Jews—who were targeted for annihilation—other victims of Nazi persecution, and individuals who chose to help.