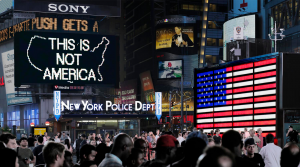 Breakfast in the Park: Alfredo Jaar

Join us in celebrating the 17th annual Breakfast in the Park. Each year since 2004, as an official event during Art Basel Miami Beach, the Patricia & Phillip Frost Art Museum has welcomed visitors to enjoy a complimentary breakfast, a lecture by a no

Space is limited to attend the lecture in person. Please RSVP using the form below. Seating for the lecture will be on a first come first serve basis. Follow along on Zoom or Facebook Live @frostartmuseum. We highly recommend wearing masks and staying 6ft apart while inside the museum. Masks will be available upon request.