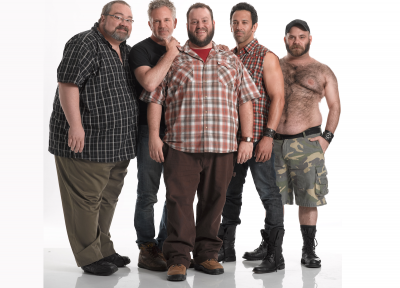 Join us for the 10th Anniversary of Bear City featuring a Cast Reunion Special with Filmmakers & Talent from the movie!

Join us for the 10th Anniversary of Bear City!
Who doesn’t remember this OUTrageous and hilarious yet touching and authentic portrait of a group of friends trying to get by with laughing, loving, and sex-ing in the city. Watch the film and then JOIN THE CAST & CREW for a bawdy reunion that is sure to be a very (and hairy) fun-filled night!

WATCH THE FILM FOR FREE WITH OUTSHINE!
Ticket to participate in Cast Reunion Special: $7.50!

Take the girls from Sex and the City and inject them with large amounts of testosterone and tape fur coats to their bodies and you have something almost as great as BearCity. In this award-winning romantic comedy from director Douglas Langway (Raising Heroes) and co-writer Lawrence Ferber, viewers are given an insider pass to a burly, tight-knit group of New York City friends who are trying to make it through life’s twisted paths and love’s absurdities without getting lost. When twink newbie and closet bear chaser Tyler joins the gang, he has no idea the impact his new friends will have on his life. As in any good romantic comedy, our hot young lead needs a love interest. Insert Roger, the hot Casanova of muscle bears. The film oozes with sexual tension, spills over with comic relief and is also full of heart. BearCity is a prime cut of movie-beef. From society’s pressure to fit into a mold, to the trials and tribulations of a long-term relationship, rediscover the importance of true friendship in your life.

WATCH THE FILM FOR FREE WITH OUTSHINE!
Ticket to participate in Cast Reunion Special: $7.50!