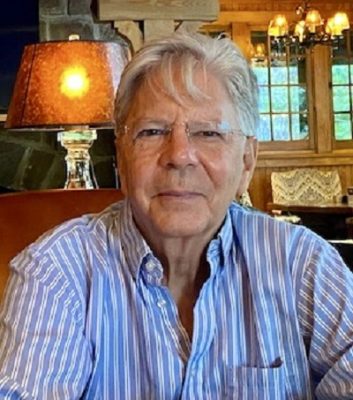 Join us for a Conversation with Educator and Colle...

Join us on Thursday, October 22, 2020 at 6:30 pm for a ZOOM conversation with Educator and Collector Brian McNaught.

“These precious items help us tell the extraordinary story of how we lesbian, gay, bisexual, transgender, queer, and non-binary people have claimed ourselves, named ourselves, and affirmed ourselves,” Brian says.

About Brian McNaught:
Named “the godfather of gay diversity training” by The New YorkTimes, Brian McNaught is considered one of the world’s leading corporate diversity consultants dealing with lesbian, gay, bisexual, transgender, and queer issues in the workplace. He is also the author of seven books on LGBT issues, some of which have been used as college texts, and the focus of seven DVDs, three of which were aired on public access television stations throughout the United States. Learn more at brian-mcnaught.com.

The event, free and open to the public and will be conducted via ZOOM.
CLICK HERE TO REGISTER
Upon registering a link and password will be automatically emailed to you.