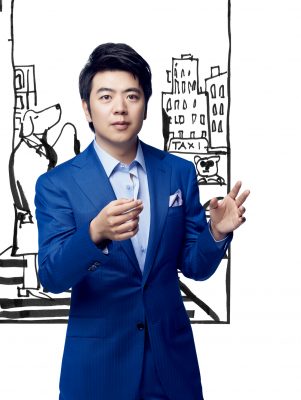 Lang Lang will devote his program to Bach’s “Goldberg” Variations, an enigmatic score originally composed by Bach for the harpsichord in 1743 that has challenged pianists for centuries ever since.

Built on a single, simple tune, it is a set of 30 kaleidoscopic variations that are now considered the model of the form as well as one of the most ambitious and fascinating scores that a great pianist can bring to life.

ABOUT THE ARTIST
Few artists can claim to have the same profound impact on the world of music as Lang Lang. As a pianist, educator and philanthropist, as well as an influential ambassador for the arts, he has fully embraced new technology and innovation, leading the way in bringing classical music into the 21st century. Equally happy playing for billions of viewers at the 2008 Olympic Opening Ceremony in Beijing, or just for a few hundred children in the public schools, he is a master of communicating through music. Lang Lang plays sold-out concerts across the globe with all the world’s top orchestras. He is known for thinking outside the box and frequently steps into different musical worlds.

This concert is currently available in the 2019-2020 Knight Masterworks Season Classical Music Series. Six-show subscriptions start at only $280.