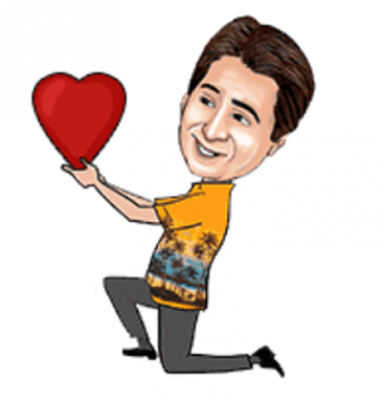 ‘TIL DEATH DO US PART…YOU FIRST!

at Stonzek Theater at Lake Worth Playhouse

True confessions about marriage, sex, and other things that end prematurely.

Eternal Bachelor, Peter Fogel, in his 50’s, and has MAJOR commitment issues. It’s the holidays, and Fogel is looking forward to a romantic evening with his girlfriend. Instead, she dumps him. Distraught and confused, and sensing his own mortality, he IS visited by a Special Visitor who shows him the meaning of love and true commitment!

Fogel Admits “The longest relationship I’ve ever had in my entire life is with T-Mobile!”

And, with that decision, he brings you his autographical tale of a comedian’s Quixote quest to finally search for the one woman who can transform his life with his hysterical multi-media solo show, ‘TIL DEATH DO US PART…YOU FIRST! True Confessions about Marriage, Sex, & other things that end prematurely directed by Academy Award Nominee & Three-Time Emmy Award Winner CHAZZ PALMINTERI  (A Bronx Tale, Bullets over Broadway, The Usual Suspects)

From the trials and tribulations of love and marriage…to online dating, Fogel mixes his signature wit with riotous relatable characters and takes us on a whirlwind comedic journey of searching, finding…and eventually surrendering to his soulmate!

TIL DEATH DO US PART…YOU FIRST! is "Men are From Mars/Women are From Venus" meets "Defending the Cavemen!"

Young or old, divorced or married…if you’ve ever been single (and that’s everyone) and want to experience (again) the feeling of finding that special person to spend the rest of your life with, then you’ll want to fasten your seat belt for 75 minutes of non-stop laughs with Peter Fogel’s ‘TIL DEATH DO US PART…YOU FIRST!

Stonzek Theater at Lake Worth Playhouse