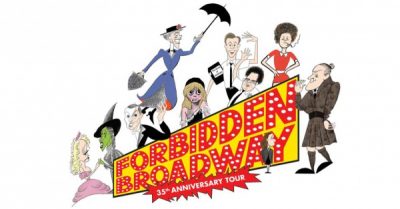 The fall-down funny musical roast of Broadway is back at last with a blast, featuring outrageous costumes, hilarious rewrites of the songs you know and dead-on impressions by a stellar cast. Whether you're a seasoned theater-goer or new to Broadway, Forbidden Broadway is your one-stop ticket to non-stop laughs.