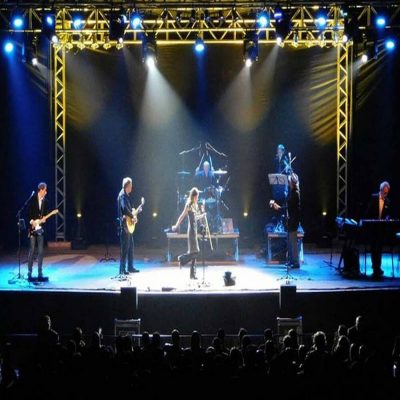 One of the most critically acclaimed bands of the last three decades, 10,000 Maniacs helped define college rock, became part of the first wave of alternative rock bands and helped to usher in the alternative rock format on FM radio. 1987’s In My Tribe featured the hit singles “Don’t Talk,” “Hey Jack Kerouac,” “Like The Weather” and “What’s The Matter Here?,” and was voted one of the 100 most important releases of the decade by Rolling Stone Magazine.

10,000 Maniacs were founded in 1981 and today feature original members Steven Gustafson on bass, Dennis Drew, keyboard and vocals, and Jerome “Jerry” Augustyniak, drums. In 2000 founding member Robert Buck died at the age of 42. The Maniacs returned in 2003 with long-time friend and former guitar tech Jeff Erickson on lead guitar. Mary Ramsey joined on lead vocals and viola in 1994.