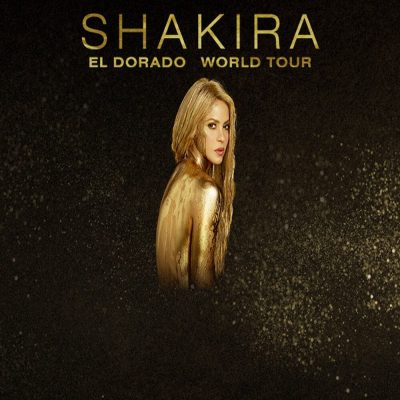 Twelve-time GRAMMY® Award-winner and international superstar Shakira has announced plans to embark on her EL DORADO WORLD TOUR, presented by Rakuten. The tour, produced by Live Nation, will feature many of her catalog hits and kicks off on November 8 in Cologne, Germany. It will stop at BB&T Center on January 11.

The tour announcement comes on the heels of Shakira’s 11th studio album release, EL DORADO, which hit #1 on iTunes in 37 countries and held 5 of the top 10 spots on the iTunes Latino Chart within hours of its release. The 5x platinum album, including her already massive global hits - “La Bicicleta,” “Chantaje,” “Me Enamoré,” and “Déjà vu”- currently holds the top spot on Billboard’s Top Latin Albums, marking her 6th #1 album on this chart.  Her single, “Chantaje” featuring Maluma, is 16x diamond certified, while its video currently has been viewed over 1.4 billion times, making it the #5 fastest video to reach 1 billion views worldwide and working its way to soon be the most viewed video of her entire catalogue.

Tickets for the EL DORADO WORLD TOUR go on-sale to the general public beginning Friday, June 30 at 10 a.m. and will be available at www.ticketmaster.com or by calling