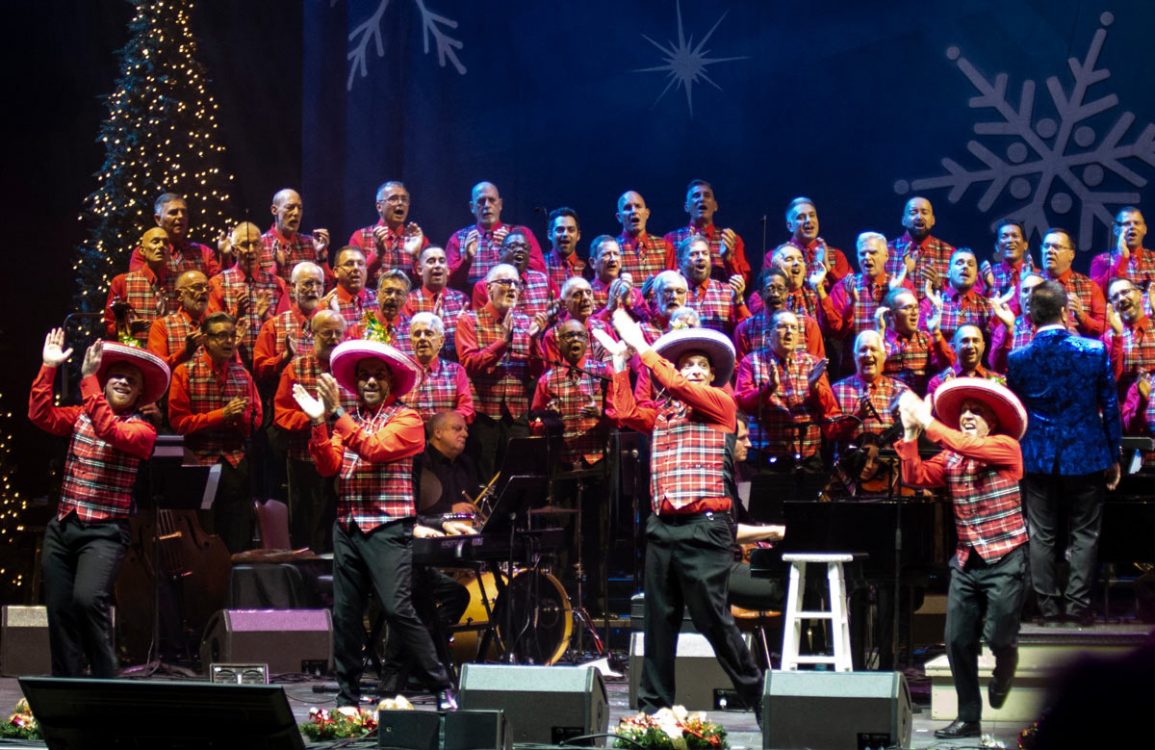 A Rousing Chorus of Approval

After an intensive nationwide search process, the Gay Men's Chorus of South Florida (GMCSF) has chosen Anthony Cabrera as their Assistant Conductor, effective September 20, 2021. A graduate of the University of Miami, Anthony holds…

A graduate of the University of Miami, Anthony holds a bachelor’s degree in Music Education. Anthony has twenty-five years of choral directing experience in the world of public education, church, and community choruses.

Anthony is formerly the Artistic Director of the Miami Gay Men’s Chorus. In that capacity, for the past twelve years, he oversaw and conducted the production of a full range of concerts encompassing large scale LGBTQ+-themed works (I Am Harvey Milk, Alexander’s House, Through A Glass Darkly), Pride-themed concerts, presentations for children and youth (Oliver Button is a Sissy, The Purim Superhero), classical and pop themed concerts, and cabarets.

In addition to his work with the Miami Gay Men’s Chorus, Anthony has continued to be present at the national and international level with GALA Choruses, the North American Association of LGBTQ+ Choral Groups. He currently sits on the New Harmony Taskforce – the group charged with developing a series of workbooks and conferences to assist choruses in working through their internal issues pertaining to diversity, equity, and belonging.

“I am thrilled to be joining the GMCSF family! After witnessing the birth and development of the organization over 11 years, I feel fortunate to be welcomed by this group that continues to make such an impact on the South Florida community. I look forward to bringing the best that I can offer in terms of musicianship and support to the chorus’s artistic growth and my greatest efforts to further GMCSF’s vision – to see a diverse world united.”

GMCSF Artistic Director Gabe Slazar, who lead the GMCSF through the search process, said, “I knew that I wanted our Assistant Conductor to be someone with exceptional conducting skills and a strong commitment to the community. Immediately I could see that Anthony brings those qualities to the table, along with decades of experience. I look forward to working with him to build the future of the Chorus.”

“It was difficult to narrow it down from such a competitive pool of applicants, but in the end, we feel that Anthony will provide the guidance we need for the future, both on the podium and in the community,” Salazar affirmed.

GMCSF Executive Director Mark B. Kent echoed that excitement, saying, “This is an incredible time for the Gay Men’s Chorus of South Florida. Our new artistic director, Gabe Salazar, is bringing on Anthony Cabrera as our assistant conductor. The two of them bring unparalleled talent and reputation to our chorus and the South Florida community.”

Cabrera has already begun work on the 2021-22 12th Season. His first official performance as Assistant Conductor will be December 17, 2021, when the Chorus opens the season with their annual holiday concert at Sunshine Cathedral in Fort Lauderdale.

The Gay Men’s Chorus of South Florida will announce their full season, as well as have tickets available to the public in mid-October.

ABOUT THE GAY MEN’S CHORUS OF SOUTH FLORIDA
With more than 130 singing members, the Gay Men’s Chorus of South Florida (GMCSF) is the southeastern United States’ largest gay men’s chorus and the eighth largest in the country. Now in our twelfth successful season, the GMCSF continues to bring song to the community through large-scale, mainstage concerts in high-profile venues, community-based engagements, and volunteer projects. Each year, more than 20,000 people are inspired and moved by our music and our mission, making GMCSF a significant cultural asset in South Florida.

Under the leadership of Artistic Director Gabe Salazar, our members are a brotherhood of singers dedicated to our mission and a better future for all people. Being a member of the Chorus is not just about singing. For our guys, it is also about being good role models for our youth, giving back to the community, and offering a helping hand to those who need one. Above all else…we sing. We sing with pride. We sing with love. We sing to change the world one song
at a time.