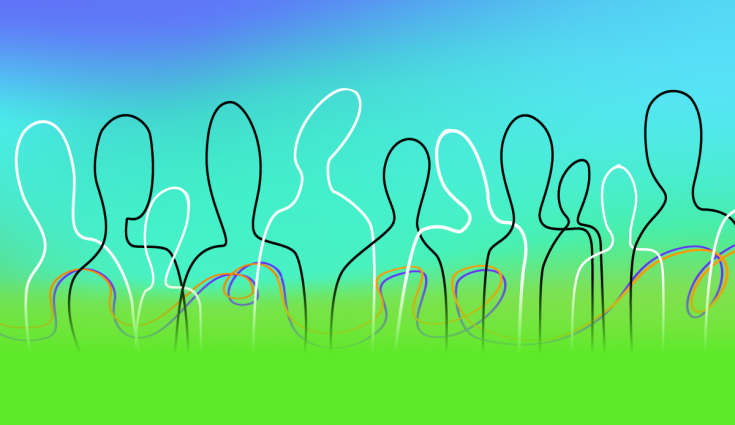 Social Change in the Arts

What will 2020 be remembered for? For many of us, it’ll likely be known as a year full of profound social changes and internal reckonings whose impacts are yet to be fully understood. From how…

What will 2020 be remembered for? For many of us, it’ll likely be known as a year full of profound social changes and internal reckonings whose impacts are yet to be fully understood.

From how deep the coronavirus pandemic is affecting the globe to how race-based injustices gave rise to the Black Lives Matter movement, this year has become a launching pad for activism, particularly in the arts community.

Recognizing the responsibility that the arts community has to document this moment in history and play a role in envisioning, creating and inspiring positive change, the Broward Cultural Division held a virtual workshop on cultural competency. Ola Mobolade, an in-demand marketing consultant and thought leader on the evolving cultural landscape, outlined points that allowed participants to better understand the inequities that exist today.

To understand why cultural competency is important to Broward County is to understand the region itself. Broward County is a majority-minority county and the 13th most populous county in the country, and according to the U.S. Census Bureau, by 2024 the entire country will be majority-minority. No longer is the world solely seeing things through the lens of a white, Euro-centric aesthetic and perspective, and as Cultural Division executive director Phillip Dunlap notes, it’s only appropriate that the arts reflect this diverse, changing viewpoint.

“There is no downside in getting a better cultural understanding,” Mobolade said. From an artist trying to comprehend the human condition to an organization pushing to diversify the audience it speaks to; everyone benefits by understanding cultural diversity. The arts force us to have conversations, and in turn, “speak a language that can bring us together.”

Understanding diversity, equity and inclusion is more important than ever; so is marketing to a diverse demographic. According to the U.S. Census, four in 10 Americans identify as an ethnic or racial minority, and as of 2019 there are more non-white than white children under 10. Multiracial households are also on the rise, accounting for the fastest-growing demographics in the United States, according to the Census. By 2025, over half of U.S. households will have children who identify as multiracial.

Driven by consumer spending power from diverse communities, companies are investing in diversity at record levels. U.S. Hispanics represent $1.4 trillion in spending power, Blacks account for $1.2 trillion, Asians have $891 billion and the LGBTQ+ community represents $884 billion. As dollars drive businesses and companies forward, there is an imperative need to address a broad audience in order to achieve a higher return on investment.

The importance of diversity, equity and inclusion isn’t just for BIPOC (Black, Indigenous, People of Color), Mobolade said. Millennials and Gen Z members tend to be more passionate about diversity in marketing compared to an older generation. “If you were to show a commercial to a group of white Gen Z viewers or consumers, they would say where’s the diversity?” she noted.

With the resounding impact of movements like Black Lives Matter, Mobolade said it’s important to recognize the multitude of factors that are contributing to its rise. As she puts it, there’s a dark intersection of factors, including the disproportionate impact of COVID-19, fatal outcomes of toxic policing and social unrest triggered by racial injustice.

The arts community can respond in a positive manner through a series of acts, Mobolade said. A multifaceted approach that the BIPOC community is seeking among its allies includes seizing the moment and raising cultural IQs, and creating safe spaces for Black and Brown voices to be heard and their experiences internalized before framing solutions-oriented strategies. In addition, Mobolade said it’s important for an organization to perform an introspective audit of its culture with a focus on identifying and dismantling systemic bias and microaggressive norms. Lastly, it’s important to promote transparency and accountability by publicly announcing a commitment to investing in anti-racist initiatives.

Mobolade pointed out how several arts organizations have recently responded to advancing diversity, equity and inclusion. One example is The Brooklyn Museum, which broadened its job qualifications with the spirit of inclusion. It hired a director of education with a community organizing background rather than formal background in museum education, recognizing that her prior experience has helped her connect with and understand the needs of local communities.  In addition, it created a paid internship program that’s funded by Citi Foundation, empowering several communities that otherwise wouldn’t have been financially able to seek an unpaid internship at an art institution to instead be financially supported by one during their training.

It’s all part of a wider opportunity to map one’s course in creating a culture of inclusion, Mobolade said. By recognizing that genuine issues exist and creating opportunities for inclusion, those in the arts community can be a part of a solution.

“If you’re studying the piano, you never really master the art,” he said. “The same thought should be applied with cultural competency,” said Dunlap. “It’s constant, continuing education. You don’t ever master the work, you just continue working on it.”