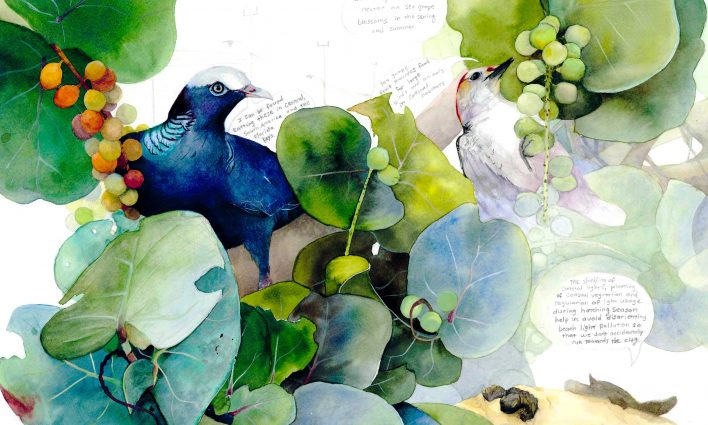 Art for the Earth - Artists on climate Change

Art takes action against climate change! On Thursday, October 17 from 6 - 8 pm, visual artists, poets and performing artists will unite to address climate change during “Art for the Earth,” a free multidisciplinary…

Art takes action against climate change! On Thursday, October 17 from 6 – 8 pm, visual artists, poets and performing artists will unite to address climate change during “Art for the Earth,” a free multidisciplinary arts event at The Frank in Pembroke Pines, located at 601 City Center Way.

The program is part of Climate Change Theatre Action, an international series in which over 140 collaborators in 23 countries host events throughout the world.

With the support of Broward County’s Environmental Planning and Community Resilience Division, and the Broward County Cultural Division, Pembroke Pines is one of the 60 cities across the United States participating in this dynamic series.

“Collective action inspired from the emotional responses to climate focused art is as necessary to reduce emissions and slow climate change as the science-based policy and infrastructure investments local governments are implementing.

Hopefully, this evening will be the first of many for empowered artists and art lovers in the Broward community”

Presenting a selection of artworks that deal with climate change and environmental conservation, this event will feature a performance by Kellianne Jordan, a pop-up exhibition by visual artists Kim Heise and Lucinda Linderman, and readings by Clayre Benzadón, Christell Roach and Caitlin Andrews, three poets from University of Miami’s Sinking City literary magazine.

Lucinda Linderman is an environmental artist and curator who holds an MFA from the University of Miami in Sculpture and a B.A. in Biology. She was a Robert M. MacNamara artist-in-residence in Westport Island, Maine, and an artist- in-residence at the Deering Estate. In her artist statement, she notes, “As consumers, we purchase, use, and throw things away, never thinking of the items again. Looking at this linear production, I collect industrial and post-consumer packaging, which becomes the building blocks of my sculptures.”

Kim Heise is watercolor artist whose paintings of native plants and animals promote awareness of local endangered species and their habitats. She works with the South Florida Wildlands Association and the Miami Pine Rocklands Coalition on projects such as the Miami Pine Rocklands Coalition coloring book and Pine Rockland Zine, a monthly publication that supports conservation of South Florida’s most endangered habitat. She holds a BFA in Painting from Florida Atlantic University.

Kellianne Jordan is an actress and storyteller who is co-founder of ‘The Jordans Create’ and ‘The Alive Group (T.A.G).’ T.A.G. presents creative projects and artistic events that empower local performing and visual artists to inspire, encourage and transform their communities. Their tagline is “T.A.G. you’re it! What can you do to change your world?”

Poets Clayre Benzadón, Christell Roach and Caitlin Andrews are part of the University of Miami’s Sinking City Literary Magazine. Proudly showcasing voices from threatened environments, ‘Sinking City’ was founded in 2016 by a group of University of Miami Creative Writing MFA students in response to their changing environment and the imminent disaster threatened by climate change. The magazine’s mission has expanded beyond environmental issues to include an expansive selection of works inspired by place and identity.