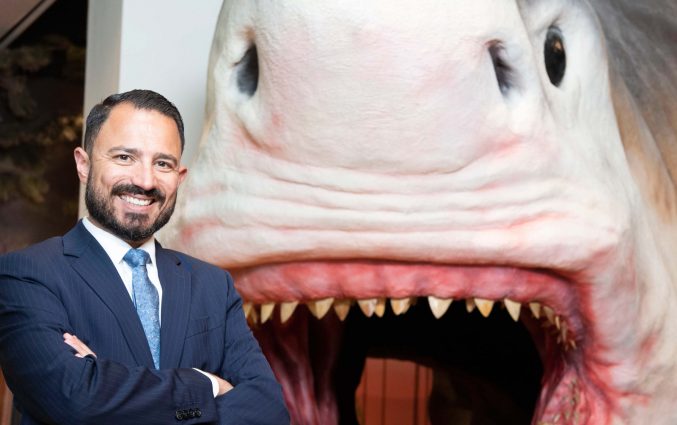 When you talk to Joe Cox about his upbringing, he’ll tell you he was “absolutely the science geek kid.” “I was running around in the garden bringing in odd creatures that I found and looking…

When you talk to Joe Cox about his upbringing, he’ll tell you he was “absolutely the science geek kid.”

“I was running around in the garden bringing in odd creatures that I found and looking after them,” he remembers. “As a kid, I was very fortunate and spent lots of time in museums in London, going to the Natural History Museum and the Science Museum and fell in love with that.”

However, he never thought it could amount to a career. Thankfully for the Museum of Discovery and Science in Fort Lauderdale, he found a way to make it work, and he’s spent his life working at science institutions in Florida and Massachusetts.

Cox joined MODS as its president in February 2018, replacing Kim Cavendish when she retired after 30 years at the museum’s helm. The London-born scientist moved to South Florida with his partner after serving as president of the EcoTarium Museum of Science & Nature in Massachusetts for six years. Prior to that, he was executive director at the Golisano Children’s Museum in Naples and a naturalist and center director at the Conservancy of Southwest Florida Nature Center in Naples.

And he’s no stranger to MODS—when in Naples, he was a member of the museum and would bring children from the nature center to Fort Lauderdale on summer camp field trips.

“It really is in a lot of ways like coming home,” he said of returning to Florida. “It’s exciting seeing just how Fort Lauderdale has grown and flourished over the last few years.”

And in his first year, he hasn’t stopped moving. In March, Cox was sponsored by American Express to attend New Strategies, a four-day advanced training program at Georgetown University. There, he and other nonprofit executives took a deep dive into programming, social change, business, marketing, and more.

“It was a great focused and energizing program that just got you thinking about how to grow and strengthen your institution across the board,” he said. “I met some great people from everything from food banks to early childhood centers to botanical gardens to the African American Chamber of Commerce.”

His biggest focus while at MODS has been accessibility and making sure all parts of the community are able to enjoy and learn from the museum’s exhibits. Last summer, the museum became a Blue Star Museum, welcoming active military members and their families. The program will return this summer from Memorial Day to Labor Day.

Secondly, the museum implemented an LGBTQ inclusivity initiative, thanks to the Community Foundation of Broward. The funding helped with staff training and a review of policies and procedures to make the museum more welcoming to the LGBTQ community. On June 22, MODS will be participating in its first Pride Day.

But the program he’s most proud of is Museums for All, which offers $2 tickets for up to four family members to those with EBT cards. The program was funded by the The Harry T. Mangurian Jr. Foundation, and it made MODS the first museum in the county to do it. Since it was implemented on Jan. 1, 5,000 people have been able to visit the museum.

“It’s just so important because we have so many great programs, exhibits,” he said. “It’s been wonderfully successful. I had the same program in place at my last institution, and it was one of those programs where you would get thank you notes all the time.”

Looking forward, the museum has two exhibits in the works that will marry science and art.

This summer, the Hall of Heroes will bring to life comic book heroes and life-size models of their gear to showcase the impact of comic book art, as well as explore the physics and strengths each super hero has. In October, the museum is opening Make A Space, which blends an art studio, design lab, and open space where kids and adults can build, adapt objects, invent and create.

“It is absolutely not a surprise to anyone who’s in this world that the integration of art into a STEM curriculum stimulates innovation and creativity,” Cox said. “All you have to think of is if it works for Leonardo Da Vinci, it’s going to work for a fifth grade field trip…that line between a scientist and artist is so fine.”

So for science geek kids young and old, Cox and the Museum of Discovery and Science await your arrival.