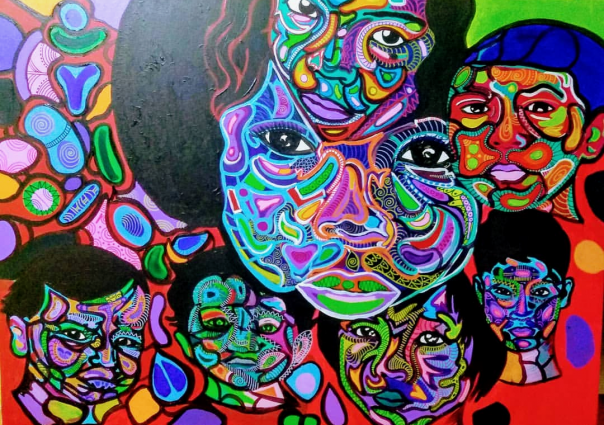 As art fairs continue to proliferate in South Florida from Miami to Jupiter, several businesses and community groups work to provide access for artists of color in Broward County. Art N Soul and C.R.E.A.T.E. recently…

As art fairs continue to proliferate in South Florida from Miami to Jupiter, several businesses and community groups work to provide access for artists of color in Broward County.

Al Huggins, Executive Consultant of Art N Soul, an art consulting firm, and the founder of the inaugural Sistrunk-A-fair, says, “After working with Art Fort Lauderdale for the past three years, I decided to branch out and create a larger platform for artist of color within Broward County.”

As part of that festival and mission, Huggins organized “We Love Art TOO,” an exhibition of local Black artists at the African American Research Library in Fort Lauderdale (2650 Sistrunk Blvd.).

Additionally, during the week-long fair, several art events took place within the Northwest community of Fort Lauderdale, including performances and films recounting the history of Black communities in Broward.

Artist Corinne Salmon, 37, of Pembroke Pines was one of the artists featured in the “We Love Art TOO” exhibition.

After graduating from Howard University, and with a newfound consciousness and appreciation of the African American contributions to the arts, Salmon was inspired to look for artistic means to express herself.

She switched her major from graphic design to fine art and says, “My mother instilled the value in me that once you have talent that’s God-given, you must use it.”

And, she’s been using it ever since.

Salmon also doesn’t shy away from political or controversial themes.

Her canvas, titled, “Obamas,” portrays former president Barak Obama and wife Michelle Obama in a loving embrace, while swirling around them in primary kaleidoscopic colors is the political turmoil of the times:  Themes of Black Lives Matter, Trayvon Martin and the names of young black men who lost their lives to law enforcement officers, alongside inspirational quotes from Martin Luther King, Jr.

Her use of bold lines and geometric shapes works together to create striking and colorful mosaics, reminiscent of mid-20th century expressionist painter Alma Woodsey Thomas, known for her exuberant pattern, rhythm and color.

Salmon also includes photographer and printmaker Michael B. Platt, her professor at Howard University, “whose thought process was out of the box,” as one of her artistic influences.

“It’s a privilege to be selected to participate in this exhibit,” said Salmon, noting she was the only female artist selected. “It’s a real highlight for me.”

Working in her living room or garage, Salmon stimulates her creativity by listening to Billie Holliday or other jazz artists or paints to the beat of instrumental neo-soul music.

Like attempting a crossword puzzle in ink, Salmon delves right in, without sketching first. She puts paint and brush directly to canvas.

“Whatever I’m feeling in the moment, I go for it,” she says. “I don’t restrict myself. Painting is therapeutic. Whatever emotion I’m feeling, I just give it my all.”

Other local artists included in We Love Art TOO:

·       Sean Simpson, photographer:
His 10’ photo of the Miami skyline at night is on display, along several black and white underwater photographs.

·       Marcos Conde: A native of Peru, his “Inner Vision” spray paint on canvas is an exploration of the relationship between mind, body, spirit and nature.

·       Wilbert Simpson, Jr.: On display are his companion paintings, the Prince/Trible and the Princess/Trible and “Power” and “Beauty,” acrylic and canvas portrait of a woman’s face.