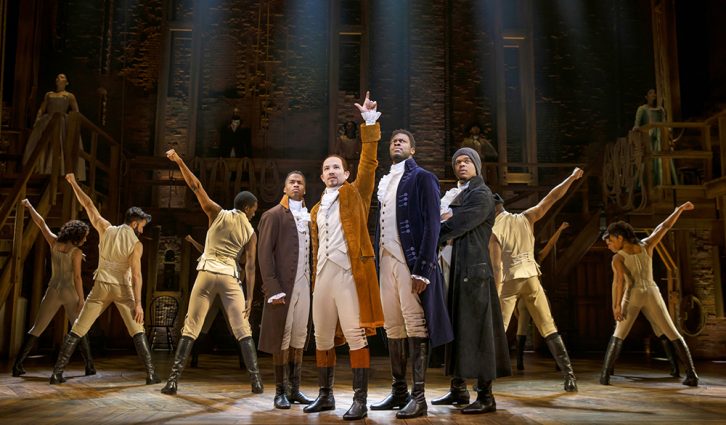 Alexander Hamilton worked to stabilize and define our economic system 240 years ago. Today, the Founding Father's story is making an economic impact. The award-winning show that bears his name draws fans who support local…

Alexander Hamilton worked to stabilize and define our economic system 240 years ago. Today, the Founding Father’s story is making an economic impact. The award-winning show that bears his name draws fans who support local commerce as they flock to theaters.

Restaurants, hotels, parking and ground transportation are at the frontline of patron spending. Retail stores amass a share. Jobs are created and revenue grows for state and local government.

Hamilton: The Musical opened in December 2018 at the Broward Center for the Performing Arts in Fort Lauderdale’s Riverwalk Arts & Entertainment District. All performances during its five-week stop sold out.

During Hamilton’s run nearby eateries saw an immediate response from theatergoers.

The Chimney House, a Broward Center preferred restaurant partner located at 701 W. Las Olas Blvd., was packed near curtain times. “We are accustomed to be busy when there’s a show and fully booked, but not to that degree for five weeks straight,” said owner Frank Rodriguez. “We had a wait list every night. That’s not normal.”

Hamilton production staff kept the business bustling between performances, too.

“It’s a big show,” Rodriguez said. “We usually get a lot of cast members and support people before the show.”

Downtown at the Royal Pig Pub, 359 E. Las Olas Blvd., servers met a steady flow of diners before and after Hamilton. “We got an influx of people going to see the show,” said general manager Jacques Martel. “It was definitely over the norm.”

“Additionally, theater patrons are known to spend their dining dollars around the county,” said Shanley. “A recent American Express study found that restaurant choice is more likely to be based upon where folks live and what is en route to the venue,” he said.

“The geography is all over the place,” Shanley said. “You can have pre-theater dining in Pompano Beach. People are dining all over and coming to the center.”

Lodging a production of 68 crew and cast members for five weeks was another economic driver. In addition to hundreds of hotel stays, the temporary residents purchased the same goods and services all residents use: going to the doctor, shopping for daily needs and recreation.

Overall, Broward’s nonprofit arts and cultural organizations- and their audiences-generated $414 million in economic activity, according to the Arts & Economic Prosperity 5 report (AEP5) for fiscal year 2015. Organizations spent $148.5 million-which leveraged $265.7 million in additional spending by their audiences. Those gains fueled the creation of 11,078 full-time jobs and more than $40 million in local and state tax revenue.

Broward County was one of 341 regions studied in the AEP5 which was released in June 2017 by Broward Cultural Division in partnership with Americans for the Arts, a national nonprofit for advancing the arts. Its data demonstrates the far reaching effects of arts-related spending.

Sixty-three percent of visitors surveyed for the report indicated that the main purpose of their trip was “specifically to attend this arts/cultural event.” Nonresidents also spent an average of 66 percent more than local attendees.

The findings reveal the power of a vibrant arts scene to boost tourism and support local business-and more.

“The impact goes beyond economics. A lot of it goes to attracting new audiences to the arts. A lot goes to education as well,” Shanley said. “Hamilton in general made a profound impact on younger audiences. It made a dramatic connection to history, in that sense, to a whole generation. That time feels more real and relevant than it has before.”