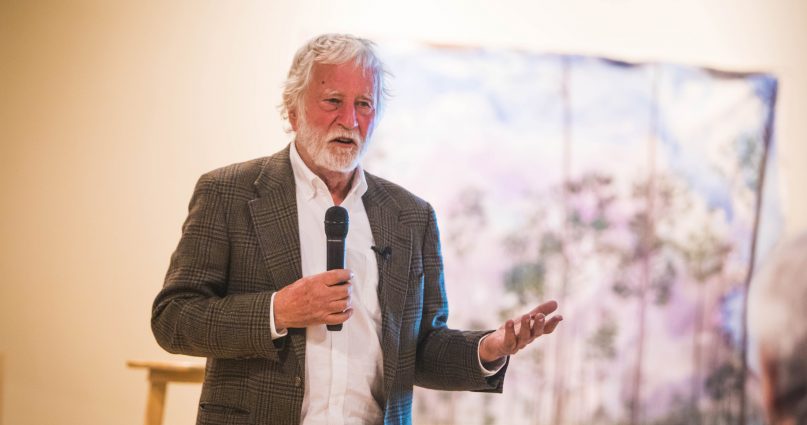 Build It And They Will Come

There will be no news photographers or cameras inside the Temple of Time—an installation in Coral Springs by artist David Best, dedicated to those affected by the Parkland school shooting. Following its aftermath nearly a…

There will be no news photographers or cameras inside the Temple of Time—an installation in Coral Springs by artist David Best, dedicated to those affected by the Parkland school shooting.

Following its aftermath nearly a year ago, the community has had to negotiate its grief under the headlights of constant media coverage. But as the first anniversary approached on February 14, Best aims to create “a place where no one is watching,” he explained at the artist’s meet and greet event in late January at the Coral Springs Museum of Art. Instead, the temple will become a place “where people can feel safe to grieve.” 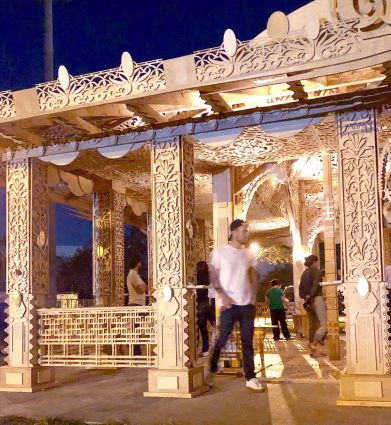 The installation marks the first project of the museum’s public art initiative, “Inspiring Community Healing After Gun Violence: The Power of Art,” in partnership with the cities of Parkland and Coral Springs. A recipient of the Bloomberg Philanthropies’ Public Art Challenge, the series will launch five large-scale temporary public art projects into 2020, in collaboration with community members. The other projects will be led by artists Steven and William Ladd, Kate Gilmore, Carl Juste, and Rosario Marquardt and Roberto Behar of R&R Studios.

As the first of these, the temple installation provides a poignant launch to the program. The artist has built similar sanctuaries for communities around the world, from acolytes at the Burning Man festival in Nevada, to neighborhoods in Northern Ireland affected by the sectarian conflicts known as the Troubles. 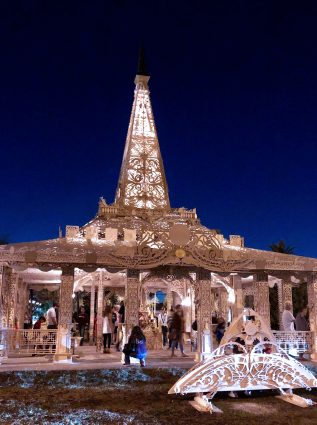 Filled with exquisite millwork and filigree created from recycled wood, the artist’s elaborate structures feel somewhere between medieval cathedrals and Balinese temples. But they are never meant to evoke a particular faith. “I’m the carpenter,” explains Best in an interview. “I build the building, and the people put their beliefs in it.”

For the Temple of Time, community volunteers, students, families and first responders worked alongside Best and his longtime temple crew of artists/builders based in San Francisco for two weeks to create the temple. Students from Marjory Stoneman Douglas High School also worked with Best to create abstract symbols that were incorporated into the design. The temple is built on the former site of the Coral Springs City Hall on West Sample Road. 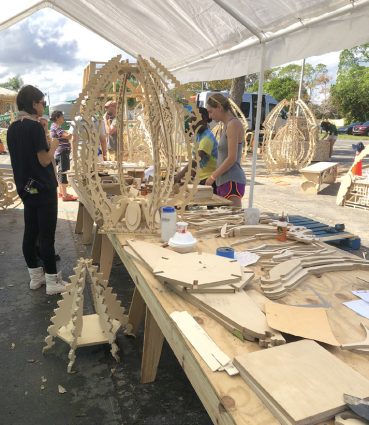 Preserving this sense of refuge, the installation opened quietly to the public on Feb. 13, and will remain open to visitors every day until May 1. Inside, the temple will not feature individual memorials, but instead provides a space for visitors to add and build onto the existing structure, whether writing names and notes on the walls, or leaving personal photos and tokens behind.

“I have no expectations whatsoever. There is no sign on the temple saying that you have to do this or that. I just make it, and they can figure out what they need.” 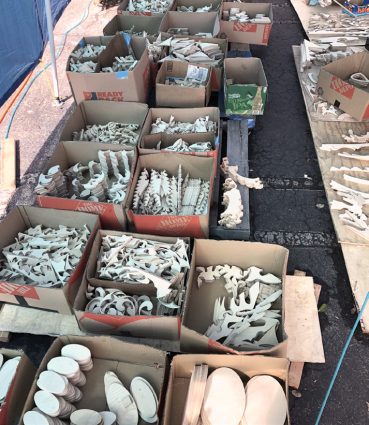 Then, like all of Best’s temples around the world, the Temple of Time will be burned to the ground by volunteers who helped build the structure. The practice leads back to the very first iconic temples Best built for the Burning Man festival, where fire art has always been a part of the festival’s artistic ritual, including the centerpiece incinerating of the Burning Man effigy. After years watching participants joining the final temple fire, Best knows the process may be different for everyone.

“Burning is not going to erase the memory of someone who lost their child, but it’s kind of a step of going towards it and looking at it in a different way,” says Best. “I don’t mean to be so pretentious as to think I can offer someone a solution. I’m not a healer. Only time is what it’s going to take for them. And time is what the temple is.”

To learn more about the Temple of Time go to poweroa.org or visit it before May in the City of Coral Springs.