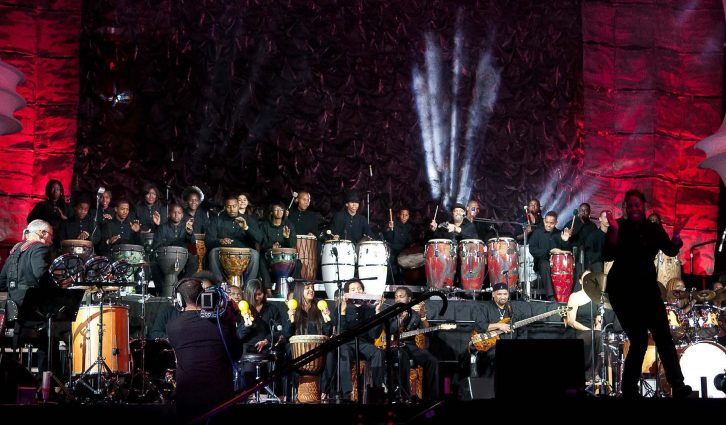 Willie Stewart has had an illustrious musical career, that has included being a member of the popular band Inner Circle, touring with Byron Lee & the Dragonaires as their youngest member, and 23 years as a director and member of the internationally known band Third World. During that time Third World produced 13 albums of which 5 received Grammy nominations. Willie has recorded and performed with such renowned artists as Stevie Wonder and Eddy Grant, performed live with Carlos Santana and Bob Marley.

Conscious of his social responsibility, Willie gives back to the community in ways that amplify the development of children and families. As co-founder and chairman of the non-profit Embrace Music Foundation, he continues to build his musical legacy in ways that restore, preserve, and fortify the impact of music on schools and within communities. His signature Rhythms of Africa concerts play to wide acclaim as he takes his message worldwide.

The musicians influence the children; the children influence the community. By playing you are changing and transforming the entire community. The old people that comes to the show will be able to relate – bring back family, and then you are making a bigger statement. Lets keep the arts in our hearts. Let’s see the importance of the arts, see we can change things.

This month on Saturday, January 19th, reggae ambassador Willie Stewart will demonstrate the transformative power of music in two Rhythms of Africa events. They will feature the talents of 25 musical novices from West Broward High School who have trained rigorously throughout the autumn.

Included in their preparation were sessions with professional musicians, singers, and dancers to provide not only context to the music, but additional on-stage excitement to captivate audiences and bring them to their feet. 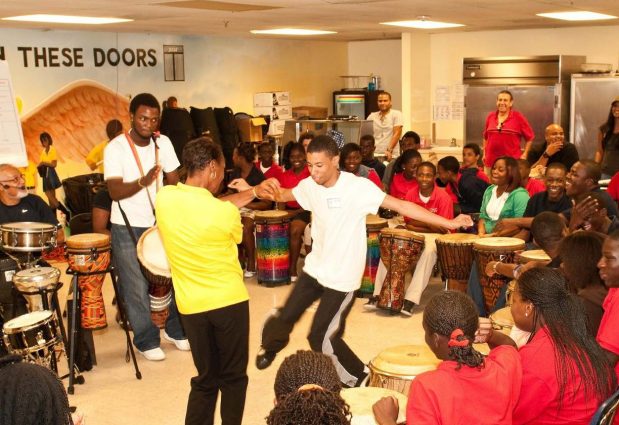 Rhythms of Africa is a musical journey that describes the movement of ancient rhythms sprung from the souls of vibrant cultures and carried by hand and heart from Africa to the Caribbean, South America, and the New World. It is truly the rhythms of the Diaspora, seasoned by time, cultivated and rooted by generations of pilgrims.

People who watch these students  during the workshops see their incredible development, so that in no time at all, when the performance comes around, their whole lives have changed for the better.

More than just a concert, Rhythms of Africa is a musical journey that describes the movement of ancient rhythms sprung from the souls of vibrant cultures and carried by hand and heart from Africa to the Caribbean and the Americas. It is truly World Music, the universal language, and as such our performance welcomes one and all to celebrate.

Rhythms of Africa / Music Around the World

Tickets: $25, $15 for children 12 and under.  Click here to purchase adult tickets only, and children’s tickets available only at gate.

Support for this program and performance has been provided by the Broward County Cultural Division, the Jamaica Tourist Board, Soul Engineering, The McFarland Firm, The Children Services Council of Broward County, WBHS PTSA, and many private individuals and local businesses that share the organization’s mission and goals.