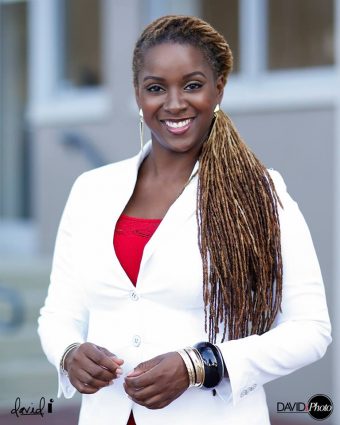 Taste the Culture of the Caribbean

Calibe Thompson, Jamaican entrepreneur and media professional, recently put on the Caribbean Culinary Museum and Theater which has become a part of the Taste the Islands Experience, an annual Caribbean heritage celebration that has been…

Calibe Thompson, Jamaican entrepreneur and media professional, recently put on the Caribbean Culinary Museum and Theater which has become a part of the Taste the Islands Experience, an annual Caribbean heritage celebration that has been presented in Washington DC, New York and South Florida.

The 2018 experience was held at the Fort Lauderdale Historical Society and originated with South Florida production agency, Island Syndicate, where Thompson stands as the creative director.

The inspiration to create this annual event was drawn from the Taste the Islands television cooking series (executive produced by Thompson) that launched in 2015 and was the first Caribbean cooking series and first series produced and hosted by Jamaicans to air on public television.

“Our series on television is about food and travel. We set up this event to turn our show into a physical space for people to experience the history and diversity of the 26 Caribbean countries and hundreds of islands within them” Thompson said.

When thinking of what else she and her team could do to make this event special- they thought about the dozens of individual islands and sub-cultures within the Caribbean countries and how a recipe for rice and peas could have several variations depending on who or where its being cooked. She notes, everything is different, the story behind the flavors all have unique histories to be shared.

The Culinary Museum and Theater was a unique take on sharing the history behind Caribbean classics; performers representing Haitian, Cuban, Trinidadian and Jamaican heritage shared the history behind traditional dishes like jerk chicken and created historical context to why specific spices are used in certain areas and how ingredients became a staple for their culture.

Guests sampled dishes during the “theater” and became immersed in the story. Visitors would go on to observe different artifacts and make connections between their own personal heritage and the history displayed throughout the museum.

Thompson, as part of the Creative Investment Program, one of the Cultural Division’s grant programs, was one of seven local artists chosen to receive additional support provided by the following Funds at the Community Foundation of Broward: Fonda and H. Wayne Huizenga Jr. Family Trust Fund, Gary J. Scotto Fund and Mary and Alex Mackenzie Community Impact Fund.

“This grant was used toward everything. There was a lot of hard work behind these efforts, from researching, creating marketing materials and building a team of actors and producers. It all went towards proliferating our event”. Thompson said, “This year we were able to produce a recording of the Culinary Theater experience so that it can be shared as part of our upcoming shows”.

The countdown for Taste the Islands 2019 has already begun and Thompson only has plans to go up from here, she says:

“We’re looking to include more experiential island components. We love to partner with everybody and next year I want to taste a little bit of every island culture, including more Latin countries and areas you might only get to read about, like Saint Lucia”.

This year, they will be taking the experience to the Grace Jamaican Jerk Festival and because of additional funding, are able to include the additional cultural components of museum and theater that will go on to visit other locations.