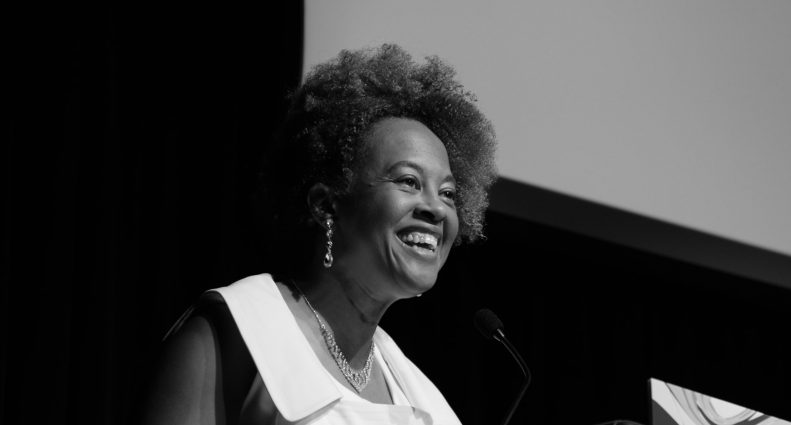 South Florida has a burgeoning art scene and Broward-based author, storyteller and filmmaker Nerissa Street wants to make sure the rest of the world gets the memo. As a founding Committee Member of the Artist…

South Florida has a burgeoning art scene and Broward-based author, storyteller and filmmaker Nerissa Street wants to make sure the rest of the world gets the memo.

As a founding Committee Member of the Artist As An Entrepreneur Institute (AEI), Founder of “Girls Call The Shots Teen Media Mentorship Project” and the creator of the “Be Your Own Answer: Self Care for Leaders” series, Street was invited to speak at South by Southwest [SXSW] in Austin, Texas in March where she empowered an audience of more than 200 to take ownership of their personal growth and transcendence as she shared her book, “31 Days of Yes!” Here’s what the dynamic artist had to say about how getting into highly coveted festival SXSW changed her life, why young women need realistic role models now more than ever and why South Florida artists need to expand their horizons and set sail for success.

What inspired you to start the “Girls Call The Shots Teen Media Mentorship Project?”

“I noticed girls were mimicking what they’d see on YouTube. Everybody looked and sounded the same and it was not progressive. It disturbed me because these little girls knew nothing about sexualization, but were acting sexual. It came to a head one day when one of my youngest students, who was seven, came in and had a break down because her hair wasn’t done. I was floored. The older girls also had the same concerns about their looks and their hair. Their looks were more important to them than their grades. I told them the stuff they were comparing themselves to was fake. So I put a camera in their hand and showed them much light you would require to look like these famous faces they were seeing on social media and how nobody’s face really looks like that. That’s what made me start ‘Girls Call The Shots.’ It also made me look at myself differently.”

What was the catalyst for getting these young women to start seeing themselves in a healthier light?

“We began talking about the stories they wanted to tell. When I put women who looked like them and talked like them in front of them, they started to noticeably shift and become more confident about who they were. I was calling men and women I knew to come talk to my girls. Having people up close who were like them but older and having these real conversations started to give them more confidence. I also talk about storytelling in a way that flips it on its head. My niche is all about possibility. I’m able to give the people the tools to spin their own life stories in a positive way whether it’s their art or their business.”

How did you present your pitch to speak at SXSW?

“Speaking at SXSW was always a dream of mine. At first, I was not aware SXSW was looking for speakers. I thought it was just a place to put my film, but I did some research and found out SXSW was seeking speakers for a whole line of different tracks including interactive, film, gaming, music and education. I came up with a proposal called ‘Wrong is Right’ and focused on the idea of using conflict to empower.”

How did speaking at SXSW change your life?

“SXSW is one of the most global public eyes ever. When you go there, it’s one thing to be able to speak, but you have to be prepared when you get there. So many opportunities get thrown at you while you’re there. When I was there, the reception was amazing. I think South Florida artists are so used to struggling. I was received there was with open arms and it was the most incredible feeling.”

Do you have any tips for other artists who wish to present at SXSW?

“My number one recommendation is you need to be prepared. Bring business cards. It sounds like the most basic of basics, but I went there and there were people who didn’t have business cards. It’s key. You’ve got to be ready. Put a plan together on how you’ll follow up after you pitch. You also must think about how you’ll fund your trip if you get accepted. I was inspired to start a workshop to help teach other artists how they can submit their work to possibly be featured at SXSW. Keeping things to ourselves is counterproductive and that’s what South Florida suffers from. We don’t share the work we should sharing. The people who are normally the loudest are the ones who are thinking the least about their work and I don’t say that to be derogatory. They’re not overly critical of it. They understand the best work needs to be shared. The ones with great and amazing work are sometimes the ones not sharing it. I used to be one of those people. Even if a person has been in the market 20 years, you won’t ever know the relevance of your work unless it reaches it public eye.”

When is the workshop and how can people sign up?

“The workshop is: Why I’m Invited to Speak at High-Profile Conferences (and How You Can Do It Too). It’s Sunday, July 1, from 2 p.m. to 6 p.m. Cost is $40 with 20 maximum participants. Participants leave with resources to prep any high-level conference proposal. The next stage of your work requires a national audience. How do you build it? By getting on a bigger platform. You must be committed to preparing what you pitch. Ask yourself ‘Is it relevant?’ Our work has value when it’s relevant. Participants must apply to register for this workshop by submitting a resume or artist CV to beyourownanswer@gmail.com. Registration closes Monday, June 25.”

What do you hope people take away from the workshop?

“What I hope people take away from my story is the deeper you go into your artistic practice, the more likely you are to have opportunities to educate others. If you’re finding you’re diving deep into your practice and want to keep all that information to yourself, that’s great, but the more you learn, the more you’ll find that you want to share.”