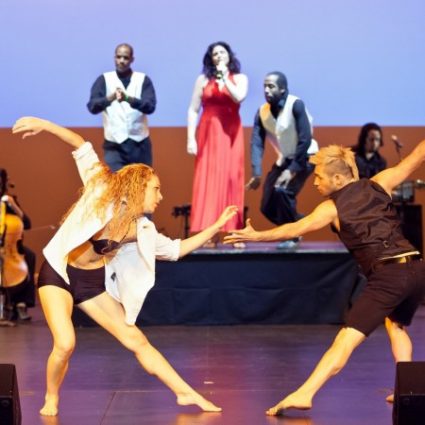 DUENDE to Kickoff With A Surprise on Friday Night!

By Andrea Richard As the clock ticks, and the Broward County’s centennial quickly approaches this October, Creative Minds’ team member Pablo Malco and his cast of performance artists have been passionately rehearsing all their dance…

As the clock ticks, and the Broward County’s centennial quickly approaches this October, Creative Minds’ team member Pablo Malco and his cast of performance artists have been passionately rehearsing all their dance moves for DUENDE’s opening bash occurring on Friday, Oct. 2, 2015, in downtown Fort Lauderdale.

Malco, a savvy dancer, choreographer, producer and artistic director of the Developing Dreams Foundation, has one goal in mind for the audience.

The Brooklyn native has worked with big name artists such as Jason Derulo and Will Smith. He has a thing for pairing unlikely artistic expressions like he did in his Hip Hop Symphony production, in which break-dancers rocked the stage backed by a full-on orchestra.

For Friday night’s program, two stages set up on 2nd Street in downtown’s nightlife district will feature a crew of nearly 40 performers. The main stage is located just outside Tarpon Bend, and a smaller stage, just a few blocks west, is dedicated to community local acts. There will be a street bar serving up special Broward 100 libations.

Expect to see “cool collaborations,” as Malco says, “We’ll have a violin player with a beat box, and a tap dancer with percussionists. You’ll see a variety of collaborations with traditional artists seen in unconventional ways.”

In keeping with the signature event’s theme, DUENDE, the showcase will highlight something we all have in common…emotions.

“We are doing a color theme every hour,” he says. “The themes are based around emotions and the way people feel and will include these great projections of videos on buildings and on the streets and with historical moments of Broward 100. How we plan to paint the City with colors will be a surprise.”