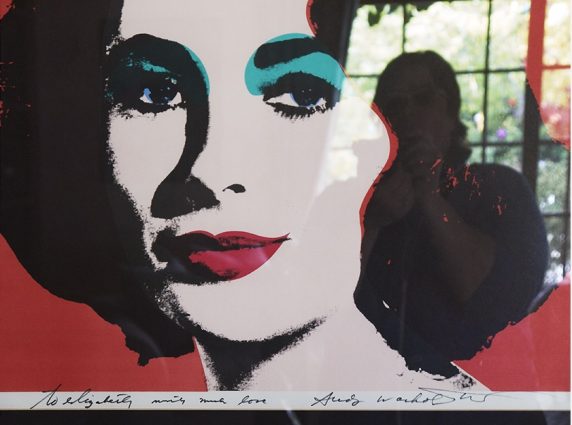 Everyday objects hidden behind the glamorous façade of Hollywood icon Elizabeth Taylor prove revealing, as seen in 700 Nimes Road at NSU Art Museum. Captured by lauded art photographer Catherine Opie, the popular exhibition gives an intimate look at the woman and the legend through shots of Taylor’s Bel Air home; this, at a time in reality media when a genuine portrait of a public persona is a rare and beautiful thing.

The show launched this past weekend with a one-on-one talk between Opie and the Museum’s Director and Chief Curator, Bonnie Clearwater, and presented in partnership with Venice Magazine.

“I had no idea how to do celebrity at all,” said Opie about the project, which marked a departure for the photographer most known for her subculture portraiture, from high school football players to S&M practitioners, often exploring queerness and gender identity. Opie confessed hesitation when her accountant suggested photographing his client, the cinematic star.

Instead, inspired by William Eggleston’s famed photography of Elvis Presley’s estate Graceland, Opie decided to remove Taylor the actress from the equation, and “make a portrait of her through her belongings.”

What emerged was 700 Nimes Road (named after Taylor’s home address), a series of photographs taken over six months at the property – with Taylor always remaining outside the frame, either traveling or bedridden and just within earshot.

“I wanted to shift the notion of the iconic,” said Opie of her approach. Portraying a woman so defined by her public persona, “focusing instead on the personal touches and details allowed me to unpack those definitions and see her differently.” 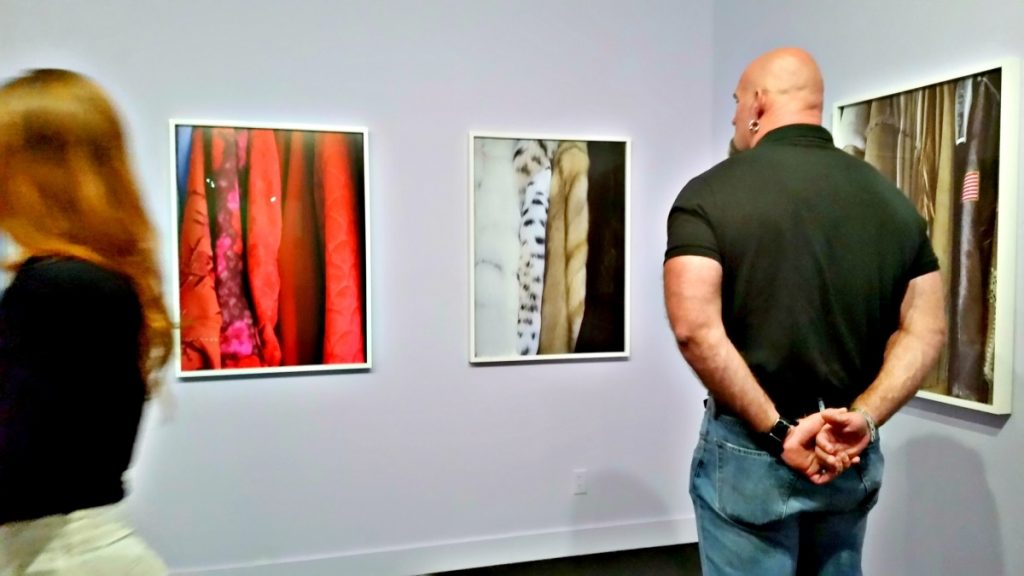 The sheer allure of Taylor’s life lingers in many of the photographs, like the neat rows of furs and silks in The Closet section of the exhibition, tucked away in its own alcove in the museum to make you feel like you’ve stumbled into a glamorous walk-in.

But Opie’s lens is primarily occupied with the mundane. In Bedside Table, a shot of Taylor’s close friend Michael Jackson sits next to family photos, tchotchkes, and a dog-eared TV remote manual. And in Krupp Diamond, the famous ring Richard Burton bought for Taylor glimmers from its velvet box, but is tempered by the hint of hot gun glue peaking behind the box’s golden plague, and the torn Cartier box in the background.

There remains something indiscreet about walking through the exhibition, like rifling through a loved one’s personal belongings. Taylor passed away halfway through the project, so many of the shots depict a home being disassembled. In Jewelry Boxes #2 Taylor’s infamous jewelry collection feels neutered and vulnerable, lying in piles on the carpet in worn boxes. 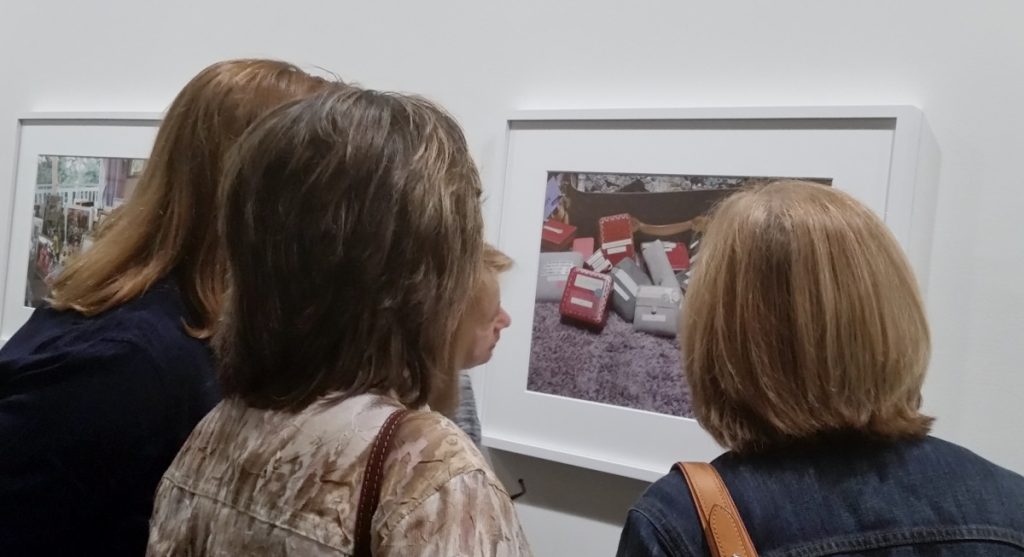 After her death, the project “became a delicate balance between portraiture and memorial,” said Opie, who by then had grown close to the family and friends charged with managing Taylor’s home. Unable to finally meet Taylor and review the collection of photos as planned, “I felt like I needed to be a witness, and create a testimony to a life.”

So many of Elizabeth Taylor’s contemporaries died young, retaining the gloss and thus the distance, of their celluloid selves. But as 700 Nimes Road makes manifest, a significant portion of Liz Taylor’s enduring appeal is that she lived on. Renewed and redefined by generations of audiences, and by herself, until in the end, she carved out a space familiar to any self-respecting South Floridian grandma – a home of grandbaby photos, cozy couches, kitschy mementos, and all the other tokens of a life well-loved.

The exhibition will be on view through June 18. To learn more about the show, visit the NSU Art Museum website.