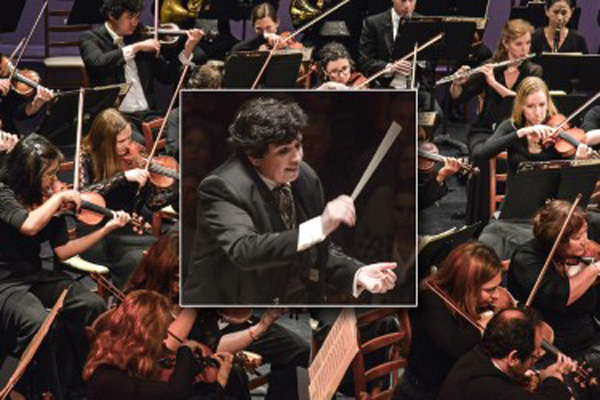 This season they performed The Legend of Bird Mountain, an original work by Fort Lauderdale composer, Tom Hormel.

The Symphony’s Cuban American music director and conductor Sebrina María Alfonso made her New York debut conducting the American Symphony Orchestra at the finals of the Stokowski International Competition in Avery Fisher Hall at Lincoln Center in 1994. She studied with Frederic Prausnitz at Johns Hopkins’ Peabody Conservatory and with Harold Farberman and Daniel Lewis at the Conducting Institute.

During her doctoral studies at Peabody, she served as music director and conductor of the John Carroll Opera Company in Annapolis, Frederick Symphony and Goucher Symphony Orchestra.

Read a little bit about Alfonso here with this Q & A; and visit SouthFloridaSymphony.org for more information on this local orchestra.

Q:  Do you see yourself as cracking any glass ceilings?

A:  I march to the beat of my own drum. I knew I’d have to rely on myself. I wanted to conduct, so I created a place for myself.

What’s important is to introduce symphony to the youth. By exposing them to music of the highest art and caliber, they see, hear and experience music at its finest.  It shows them where their capabilities can go. I want them to have high goals and enhance their lives with music that is the best of the best.

Q:  Are there special challenges as a woman conductor?

A:  The challenge is for concertgoers who are surprised to see a woman. Many say I’m the first woman conductor they’ve seen. I love it. The challenge is normalizing it. In conservatory, there were as many women as men. Women still don’t get the same opportunities as men. Sexism is alive in the orchestra world and women are judged in a different way than are men. Until there are more women in the board room and until more women stand up for each other, until then, change will be slow. We are the ones that can make the changes.

Q:  Whose work do you admire?

A:  One of my favorite living composers is Ellen Taaffe Zwilich, who has become a friend. In 1983, she was the first female composer to win the Pulitzer Prize for Music. I also look at how composers lived their lives. I admire Dmitri Shostakovich for speaking to the people and conveying hidden meanings during Stalin’s regime.

Also, Ludwig von Beethoven and Amadeus Mozart for their independence and not relying on the court for commissions. They believed that music is not only for elites.

I explore meaning behind the music. Richard Strauss’s Thus Spoke Zarathustra, is gorgeous music with brilliant colors inspired from a novel by Friedrich Nietzsche. I transmit the philosophical meaning behind his melody.

Q:  To what do you attribute the longevity of your orchestra during trying economic times?

A:  We are lucky because Broward County supports the arts. I’m proud of this. We suffered, but I have dedicated musicians who stood by my side. They love performing together and I love being with them. We enhance the lives of our communities.

Credit goes to my partner and CEO, Jacqueline Lorber. She worked tirelessly and without pay to keep us together.

Q:  How do you reach the next generation?

A:  When kids mature, they acquire more culturally sophisticated interests. Education starts in elementary school. When music is part of their life, they learn not to be intimidated. In Key West, I saw kids with contact in the arts go on to incorporate it into their adult lives. Exposure is key.

We participate in Donna Wissinger and Joy Myers’ Artz Out Loud program in the schools to teach theatrical musical programs tied in to history, math, science and literature.

Q:  Do you remember how it felt the first time you took the stage as a conductor?

A:  I’m naturally shy, but I become whatever the music is. I don’t have the same nerves as the first time. As I gain experience, the music is more about life. I used to channel the composers, but now I learn the composer’s intentions and incorporate my own experiences. It becomes mine.  As I mature, this is what changed.