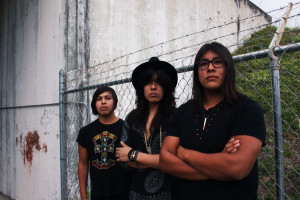 Rarely does a sound resonate in 2015 that makes listeners stop and wonder if maybe they’ve been transported to another time and place, especially from a band that formed in 2011. When something rings in…

Rarely does a sound resonate in 2015 that makes listeners stop and wonder if maybe they’ve been transported to another time and place, especially from a band that formed in 2011. When something rings in your ears for days, and a melody echoes in your head as you fall asleep you find that you may have in fact been listening to The Osceola Brothers on repeat. It’s a rock n’ roll sound that sticks around long after you’ve played on recording, or maybe you’ve been fortunate enough to see them jamming live at venues around South Florida like at the Funky Biscuit. “Too Far Gone” may have caught your attention during one of their many sets, or perhaps you caught them playing “Texas Flood” at the Hard Rock. Either way this is a band that has been lingering in your thoughts ever since.

These Florida natives were born and raised in Hollywood. Cultural influences in their music are palpable in their songs, but it comes as no surprise given they’ve spent their lives in an area so rich in culture. The progressive blues rock stylings of the lead singer Cameron, Tyson shredding on bass guitar, and Sheldon keeping perfect timing on the drums is the glue that holds the band together. Bands often change rosters, or lose members as time passes, but for these three band members it seems destined that they would play together. Being part of a trio of actual brothers is a recipe for a band that will stick around for years to come. 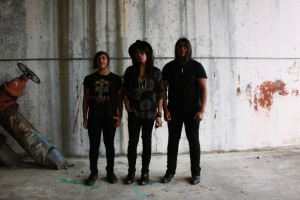 Perhaps it is their influences as musicians that drive them to continue to play, and have gained them the notoriety they deserve through the years. Influences which include Buddy Guy, B.B. King, Metallica, and Stevie Ray Vaughn all play a crucial part in forming the sound in which nuances, separate them from other acts. When a band of brothers who grew up together listening to the same types of music, are as in tune with each other as only brothers can be, the sound is sure to be spectacular. 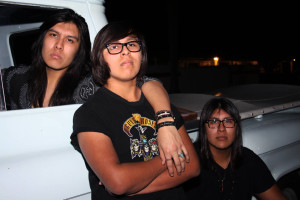 Music may be the driving force that keeps the band progressing, but that’s not the only thing that keeps the band jamming after all these years. They may have grown up together, but each members brings something different to the table that fuels the fire. Bass player Tyson enjoys fishing and lifting weights, drummer Sheldon loves to play paintball, and singer Cameron is constantly writing and reading off stage. Often the stress of being in a band becomes too much for some to bear, and anyone growing up with siblings knows that keeping peace can seem like an impossible mission. When the two are intertwined the notion that there could be peace among brothers and bandmates might seem ludicrous, but The Osceola Brothers manage to pull it off. Cameron describes the overall good vibes between his brothers and bandmates, “We also just love to laugh and joke around. We are always pulling pranks on each other.” With their positive attitudes and exceptional musicianship these brothers are surely on the road to success. Be sure to catch the band at one of the many South Florida venues near you, and for information booking The Osceola Brothers e-mail: booking.osceolabrothers@gmail.com, or call (954)-699-3148 for more information. Look them up on Facebook and give a couple of their songs a listen. A couple of songs later you too will find their infectious melodies creep into your head, make your toes start tapping, and create a fan out of you instantaneously.