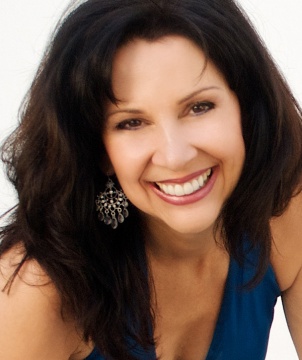 Highly-acclaimed jazz vocalist Debbie Orta performs swinging jazz, funky soul, and sultry ballads, always accompanied by the best musicians. “Soulful”, “enchanting”, “captivating”, are some of the words used to describe Debbie’s voice that has the influence and polish of Nancy Wilson, Carmen McCrea, Billie Holiday, and Ella Fitzgerald. She will give you goosebumps on songs from Cole Porter and Duke Ellington to David Sanborn and Norah Jones among many other favorites from The Great American Songbook. The extremely personable Debbie Orta also sings in Portuguese and often her arrangements have a Latin feel thanks to her Puerto Rican roots. Debbie has performed in numerous concerts and clubs in South Florida, including frequent appearances at the world-famous Setai South Beach. She and her fabulous band opened for legendary jazz-fusion group, Spyro Gyra, at SunFest 2009 in West Palm Beach. Born in the Bronx, New York, Debbie toured the world with Latin superstars Jose Luis Rodriguez and Chayanne as a backup singer/dancer. Describing herself as a perpetual student of jazz, Debbie explores beyond the traditional boundaries in her CD, “Obsession”. Ask where she gets her chops and she'll tell you it comes from listening to great players and performing live before an audience, singing from the heart and being true to herself. Her goal is to make people happy by performing great music. In describing her performances, The Miami Herald and the Sun Sentinel say, “…a great voice”, “…the lady can sing!”