Posted on
Call for Artists - DEADLINE : 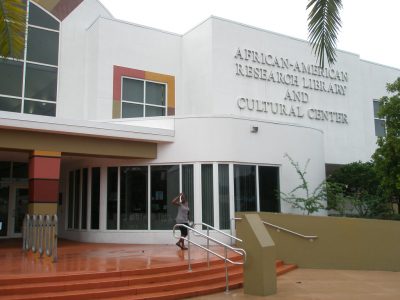 Broward County Libraries and the South Florida Black Film Festival are accepting submissions of short films by Black filmmakers between now and September 10, 2019 for a December premiere at the African-American Research Library and Cultural Center, 2650 Sistrunk Boulevard, Fort Lauderdale, FL 33311, 954-357-6282.

The South Florida Black Film Festival presents the experiences of the African Diaspora in the United States and brings awareness to emerging Black filmmakers. This year’s national Black History theme, established annually by the Association for the Study of African American Life and History (ASALH), located in Washington, D.C., is “Black Migrations.” The film festival will highlight migrations in, out, and throughout Florida.

Filmmakers and/or film students and professors interested in showcasing their film work at the South Florida Black Film Festival can submit their work or inquiries to Dr. Joan Cartwright at sfbff19@gmail.com. Criteria for film submissions: The film must be based on Black migration in, out, and throughout Florida; length should be either a 15-minute short or a feature film; time period between 1619 and 2019.

The South Florida Black Film Festival, hosted by the African-American Research Library and Cultural Center, takes place from 12 – 8PM on Thursday, December 19, 2019, a date honoring the 144th anniversary of Dr. Carter G. Woodson’s birth, who founded ASALH in 1915. The free, public event is created in partnership with the ASALH South Florida Branch.

For additional information, contact Roslyn Dean at 954-357-7496 or rdean@broward.org.